Many years of intensive analysis of assembly operators of electronic assemblies (OEM, ODM, EMS) for a German industry association and endless discussions about the size of the German and European market have led Weiss Engineering to re-establish the statistics of the EMS Industry.

Existing market reports defined the EMS market in Europe at around EUR 28 billion, with Eastern Europe accounting for 2/3 of the production volume. Twelve years of experience in working with the market figures made these figures absurd. Moreover, the growth statements were extremely influenced by the American market and not plausible. The Project E³MS (European Electronics Engineering & Manufacturing Services) was created.

In three years of work, Weiss Engineering identified more than 2160 EMS companies in Europe, as well as about 70 EMS companies in the Middle East, Israel and the Maghreb countries. In addition to contact details, sales and employee numbers, and in some cases other figures from the balance sheet and income statement were recorded. Revenues were recorded retroactively up to 2013, balance sheet data retroactively to 2014. The basis was on the one hand the country-specific company registers, on the other hand paid databases. This enabled more than 85% of the European production volume to be directly recorded. For smaller companies, other key figures had to be used as tools for calculating turnover. However, the possible error in this auxiliary invoice is minimal in terms of the total production volume.

The individual sales and other key figures were added up by more than 2160 EMS companies in order to reach the production volume in Europe. The division in Eastern and Western Europe thus refuted figures published so far in the press and market studies. For 2020, the production volume is EUR 42.1 billion, a reduction of 3.6% to 2019.

Production turnover in Europe is currently expected to exceed EUR 42,7 billion in 2021. There are still many small EMS companies, over 1600 companies have less than 10 million euros in sales, many have no strategy and no future. About 22% of these companies make losses because they do not adhere to some of the basic rules of the business world. Since in4ma analyzed the figures and the balance sheets and pointed out the problems, we see a positive trend in Germany. In 2014, 23.6% of all EMS in Germany still made losses, in 2017 there were only 16.6%, in 2018 there were still 10.6%, of course also due to a good economic development during this period. In 2019, the large EMS > (EUR 50 million) still had sales growth, while the smaller companies already had a decline.

The recovery of the EMS industry in Western Europe (~+4.8%) was offset by a decline in sales (~-2.0%) in Eastern Europe in 2021 due to declining numbers in the computer and communications industry. For 2022 we expect a jump in sales of over 15%, driven in part by price increases but also by double-digit volume growth. 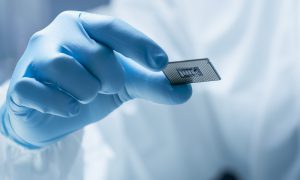 Are you looking for reliable and professional EMS service providers?

We offer you a large network of experienced EMS service providers.

The 2022 annual statistics of in4ma

The reporting companies’ total turnover for 2021 amounts to 9.2 billion euros, an increase of 11.7% over 2020. These revenues account for about 22% of all European EMS revenues. For D-A-CH alone, it was EUR 6.24 billion, an increase of 8.0% percent, which corresponds to 64% of the total sales in D-A-CH. These are the indicators for calculating the 2019 annual growth rate for the whole of Europe.

We are working on future-oriented growth rates and developments, which is the most critical work a market analyst can do. On the Internet you will find many publications about future developments that are offered at high prices. Be careful how you spend your money. Some of these “experts” predict growth rates with two digits after the decimal point. If you look at the actual database, you realize that they do not even know the actual numbers. We base our forecasts on the retrograde developments of the countries, including known market changes and other details of the countries. Ultimately, our figures are only the sum of the turnover of each company and country in the database with an accuracy of about +/-1.0.

In the 3rd quarter of each year, the figures from the annual statistics are supplemented by current evaluations of the company registers of the countries in order to get an overall picture of Europe and summarized in a 100-page report on EMS Europe. This report is always available from the end of September and can be purchased for EUR 890.